The main producers are also the largest exporters, with the exception of Brazil and Malaysia whose domestic consumption absorbs most of its production. In Latin America, for example, exports of cocoa from the Dominican Republic exceed those of Brazil.

Mexico, in spite of optimal climatic conditions to become one of the leading producers of cocoa in the world, is not, the Foundation seeks to increase Mexico’s cocoa production and make Mexico a major cocoa producing country worldwide. The Foundation seeks to improve the quality of cocoa through sustainable agricultural practices, while improving the living conditions of farmers and increasing their quality of life. 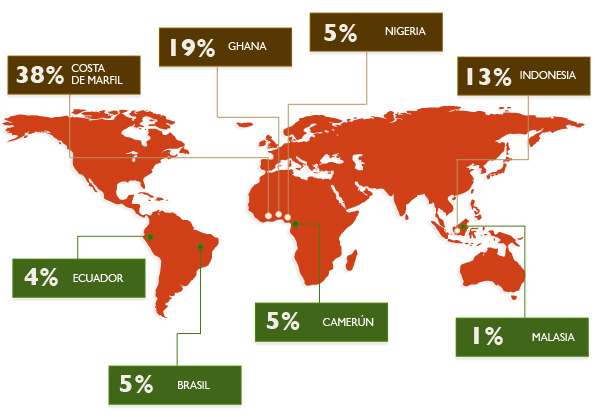